Natural scenes generally contain objects in motion. The local orientation of their contours and the direction of motion are two essential components of visual information which are processed in parallel in the early visual areas. Focusing on the primary visual cortex of the macaque monkey (V1), we challenged different models for the joint representation of orientation and direction within the neural activity. Precisely, we considered the response of V1 neurons to an oriented moving bar to investigate whether, and how, the information about the bar’s orientation and direction could be encoded dynamically at the population activity level. For that purpose, we used a decoding approach based on a space-time receptive field model that encodes jointly orientation and direction. We based our decoding approach on the statistics of natural scenes by first determining optimal space-time receptive fields (RFs) that encode orientation and direction. For this, we first derived a set of dynamic filters from a database of natural images~[1] and following an unsupervised learning rule~[2]. More generally, this allows us to propose a dynamic generative model for the joint coding of orientation and direction. Then, using this model and a maximum likelihood paradigm, we infer the most likely representation for a given network activity~[3, 4]. We tested this model on surrogate data and on extracellular recordings in area emphV1 (67 cells) of awake macaque monkeys in response to oriented bars moving in $12$ different directions. Using a cross-validation method we could robustly decode both the orientation and the direction of the bar within the classical receptive field (cRF). Furthermore, this decoding approach shows different properties: First, information about the orientation of the bar is emerging ıt before entering the cRF if the trajectory of the bar is long enough. Second, when testing different orientations with the same direction, our approach unravels that we can decode the direction and the orientation independently. Moreover, we found that, similarly to orientation decoding, the decoding of direction is dynamic but weaker. Finally, our results demonstrate that the orientation and the direction of motion of an ambiguous moving bar can be progressively decoded in V1. This is a signature of a dynamic solution to the aperture problem in area V1, similarly to what was already found in area MT~[5]. $[1]$ J. Burge, W. Geisler. Optimal speed estimation in natural image movies predicts human performance. Nature Communications, 6, 7900. http://doi.org/10.1038/ncomms8900, 2015. $[2]$ L. Perrinet. Role of homeostasis in learning sparse representations. ıt Neural Computation, 22(7):1812–36, 2010. $[3]$ M. Jazayeri and J.A. Movshon. Optimal representation of sensory information by neural populations. ıt Nature Neuroscience, 9(5):690–696, 2006. $[4]$ W. Taouali, G. Benvenuti, P. Wallisch, F. Chavane, L. Perrinet. Testing the Odds of Inherent versus Observed Over-dispersion in Neural Spike Counts. ıt Journal of Neurophysiology, 2015. $[5]$ C. Pack, R. Born. Temporal dynamics of a neural solution to the aperture problem in visual area MT of macaque brain. ıt Nature, 409(6823), 1040–1042. 2001. 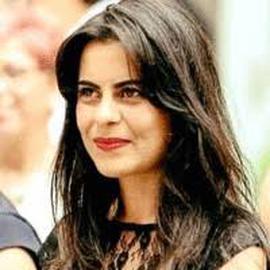