Making a judgment about the semantic category of a visual scene, such as whether it contains an animal, is typically assumed to involve high-level associative brain areas. Previous explanations require progressively analyzing the scene hierarchically at increasing levels of abstraction, from edge extraction to mid-level object recognition and then object categorization. Here we show that the statistics of edge co-occurrences alone are sufficient to perform a rough yet robust (translation, scale, and rotation invariant) scene categorization. We first extracted the edges from images using a scale-space analysis coupled with a sparse coding algorithm. We then computed the ``association field’’ for different categories (natural, man-made, or containing an animal) by computing the statistics of edge co-occurrences. These differed strongly, with animal images having more curved configurations. We show that this geometry alone is sufficient for categorization, and that the pattern of errors made by humans is consistent with this procedure. Because these statistics could be measured as early as the primary visual cortex, the results challenge widely held assumptions about the flow of computations in the visual system. The results also suggest new algorithms for image classification and signal processing that exploit correlations between low-level structure and the underlying semantic category.

A study of how people can quickly spot animals by sight is helping uncover the workings of the human brain.

Scientists examined why volunteers who were shown hundreds of pictures - some with animals and some without - were able to detect animals in as little as one-tenth of a second. They found that one of the first parts of the brain to process visual information - the primary visual cortex - can control this fast response. More complex parts of the brain are not required at this stage, contrary to what was previously thought.

Edge co-occurrences can account for rapid categorization of natural versus animal imageshttp://t.co/NY9HapBx2S pic.twitter.com/rKQ8I5i6Ty 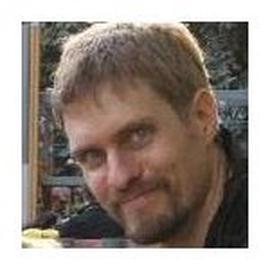