Humans are able to accurately track a moving object with a combination of saccades and smooth eye movements. These movements allow us to align and stabilize the object on the fovea, thus enabling highresolution visual analysis. When predictive information is available about target motion, anticipatory smooth pursuit eye movements (aSPEM) are efficiently generated before target appearance, which reduce the typical sensorimotor delay between target motion onset and foveation. It is generally assumed that the role of anticipatory eye movements is to limit the behavioral impairment due to eyetotarget position and velocity mismatch. By manipulating the probability for target motion direction we were able to bias the direction and mean velocity of aSPEM, as measured during a fixed duration gap before target rampmotion onset. This suggests that probabilistic information may be used to inform the internal representation of motion prediction for the initiation of anticipatory movements. However, such estimate may become particularly challenging in a dynamic context, where the probabilistic contingencies vary in time in an unpredictable way. In addition, whether and how the information processing underlying the buildup of aSPEM is linked to an explicit estimate of probabilities is unknown. We developed a new paired* task paradigm in order to address these two questions. In a first session, participants observe a target moving horizontally with constant speed from the center either to the right or left across trials. The probability of either motion direction changes randomly in time. Participants are asked to estimate "how much they are confident that the target will move to the right or left in the next trial" and to adjust the cursor’s position on the screen accordingly. In a second session the participants eye movements are recorded during the observation of the same sequence of randomdirection trials. In parallel, we are developing new automatic routines for the advanced analysis of oculomotor traces. In order to extract the relevant parameters of the oculomotor responses (latency, gain, initial acceleration, catchup saccades), we developed new tools based on best*fitting procedure of predefined patterns (i.e. the typical smooth pursuit velocity profile). 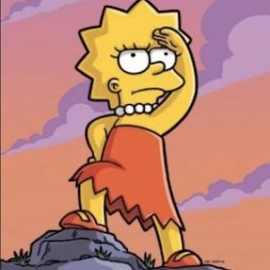