Neurons in the primary visual cortex are known for responding vigorously but with high variability to classical stimuli such as drifting bars or gratings. By contrast, natural scenes are encoded more efficiently by sparse and temporal precise spiking responses. We used a conductance-based model of the visual system in higher mammals to investigate how two specific features of the thalamo-cortical pathway, namely push-pull receptive field organization and synaptic depression, can contribute to this contextual reshaping of V1 responses. By comparing cortical dynamics evoked respectively by natural vs. artificial stimuli in a comprehensive parametric space analysis, we demonstrate that the reliability and sparseness of the spiking responses during natural vision is not a mere consequence of the increased bandwidth in the sensory input spectrum. Rather, it results from the combined impacts of synaptic depression and push-pull inhibition, the later acting for natural scenes as a form of ``effective’’ feed-forward inhibition as demonstrated in other sensory systems. Thus, the combination of feedforward-like inhibition with fast thalamo-cortical synaptic depression by simple cells receiving a direct structured input from thalamus composes a generic computational mechanism for generating a sparse and reliable encoding of natural sensory events.

During my PhD, I focused on the interplay of Excitation and Inhibition in Visual Cortical Circuits. 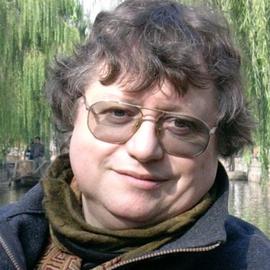