The response of a biological neuron depends largely on the precise timing of presynaptic spikes that reach the basal dendritic tree. However, most neuronal models do not take advantage of this minute temporal dimension, especially in exploiting the variety of synaptic delays on the dendritic tree. A notable exception is the polychronization model, a recurrent model of spiking neurons including fixed and random heterogeneous delays and in which the weights are learned using Spike-Time Dependent Plasticity. The output raster plot displays repeated activations of prototypical spiking motifs called Polychronous Groups. Importantly, these motifs seem to be highly relevant in experimental neuroscience. Here, by extending the model of~[3], we develop a spiking neural network model for the efficient detection of PGs: By defining the generation of the raster plot as a probabilistic combination of PGs, we build and train the network in order to optimize the inversion of this generative model.

How to efficiently make use of time in neural computations? ⏱️
With @laurentperrinet we developed a model of spiking neuron including, in addition to synaptic weights, synaptic delays. https://t.co/eztnd5CUMn
Come see this work on Tuesday morning at #FENS2022 poster n° 547 🪩 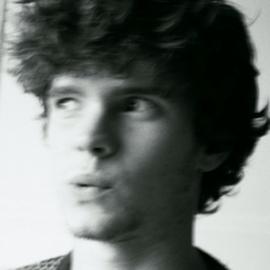